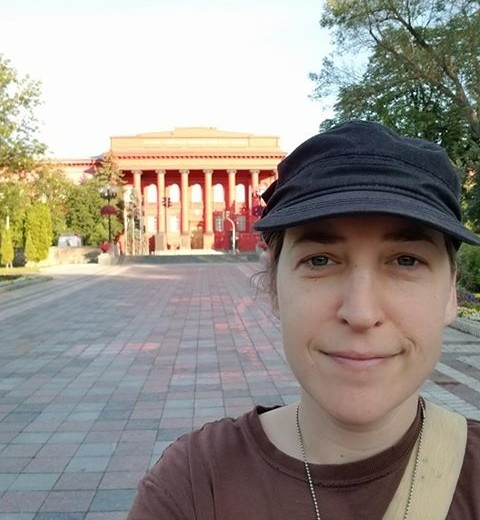 It took four seasons of the CBS sitcom “The Big Bang Theory” for its major characters Amy Farrah Fowler and Sheldon Cooper to reveal their love for each other, but it took only a couple of days for Mayim Bialik, who plays Farrah Fowler, to confess her love for Kyiv.

The U.S. actress arrived in Kyiv on June 18, surprising many. She said on her Instagram she was in the city “for work” but didn’t share any more details.

Instead, she shared her excitement about the Ukrainian capital along with several selfies taken in Kyiv. She also revealed that part of her family comes from Kyiv. Being Jewish, they fled Kyiv due to pogroms shortly before the World War II.

Bialik hadn’t replied to the Kyiv Post’s request for a comment by the time of publication.

#kyiv I love you.

Sort of fell in love with #kyiv. Here are highlights of the last 24 hours!!! #Ukraine